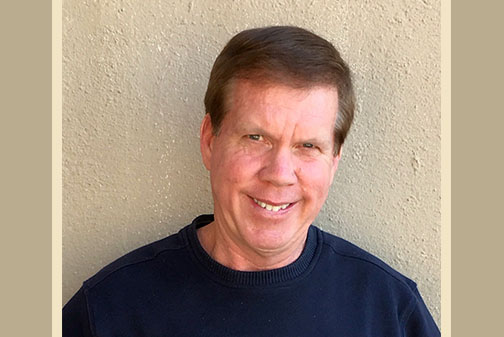 Tim O’Neill learned about FaithWorks one winter day just because he was cold. He made the acquaintance of Jim Clark, the executive director of the Christian Service Center, after he was released from prison for the first time and did community service there. When he was released again in December of 2017, following his second stint in prison, he headed to the center for a coat.

Jim talked to Tim about FaithWorks.

“He had recommended FaithWorks to me previously, but I couldn’t afford to come here because, I had to have an income to get by through the program, and I couldn’t balance both of them,” he said. Once those circumstances changed, Tim signed up – determined to give his all.

Tim went to prison both times for felony DWI charges, but none of this happened until his 40s.

“The second time I went to prison, I realized that something was not working – that my decisions aren’t working. It was an eye-opener. I was in for two years,” he said. So when he came out that time, he said, “I had a different perspective. I needed to readjust my life or I would be coming and going in. And maybe not coming out.”

Tim was a career military man and fell in love with Texas, and specifically Abilene, when stationed at Shepard AFB in Wichita Falls. “I kept flying through Abilene, and it seems like we always broke down at Dyess. Then I got to know the town, the people. The people here were great,” Tim said. Originally from outside Detroit, Tim said his family life and his raising were topnotch. No abuse, no trauma, Tim said he “just liked to party.”

“After I graduated from college, I had trouble getting out of the fraternity mode. And I had a drinking problem, but I wouldn’t do anything about it,” he said.

Tim wholeheartedly embraced his time at FaithWorks, digging in to each class and each part of it. The most memorable, he said, was longtime volunteer Dave Dalzell’s walk through the Book of Matthew.

“I’d never really known the Bible, and I got a lot out of his teachings on the book of Matthew. It really awakened me. He taught me, but I would question things, and he’d say this is how it is. So he was one of the most memorable,” Tim said. But the lessons did not end there.

“There were specific things that the teacher wanted us to do, and you had to do it. It taught me discipline, which I needed. And the food! At the time, we had Anne McLean, and she was a saint to me. I loved her. I would come to breakfast just to hang out and talk with her. She was good. She gave me a hard time and always made me help her clean up.”

Tim did his internship with the Abilene Zoo, a place he is sure paved the way for the meter-reading job he held with the City of Abilene.

“I worked in the horticulture department at the zoo, taking care of gardens outside the reptile house. And I picked up trash and helped people whenever they needed help,” he said. “When there was a shortage in one area, they put me there to help.” His internship did not lead to a job with the zoo, but God took him in another direction.

“If I hadn’t gotten that internship with the zoo, I wouldn’t have gotten the job with the city. Joyce helped me with the background checks and getting in as an intern,” Tim said.  “Having passed that, when I applied for the water meter reader, I was already known.

“I take orders pretty good. I was in the military for a long time and married for 20 years,” he said. “I had an almost perfect record of showing up. For some reason that was inbred in me: Just showing up. Don’t call in sick for just no reason. Even at FaithWorks, I never missed a day. Plus, I noticed if you do that, that’s one thing that ensures your security.”

Ultimately, Tim said, every person at FaithWorks made a lasting impact on him

“I recommend FaithWorks to anybody. I recruit for FaithWorks and Christian Service Center volunteers. I’m an unofficial recruiter,” he said. “I tell people about the benefits I got out of it. I tell them my story because I meet people in the alleys. “